A Few Words of the Local Language

River cruising through France on Avalon Waterways: A new breed of ship has arrived 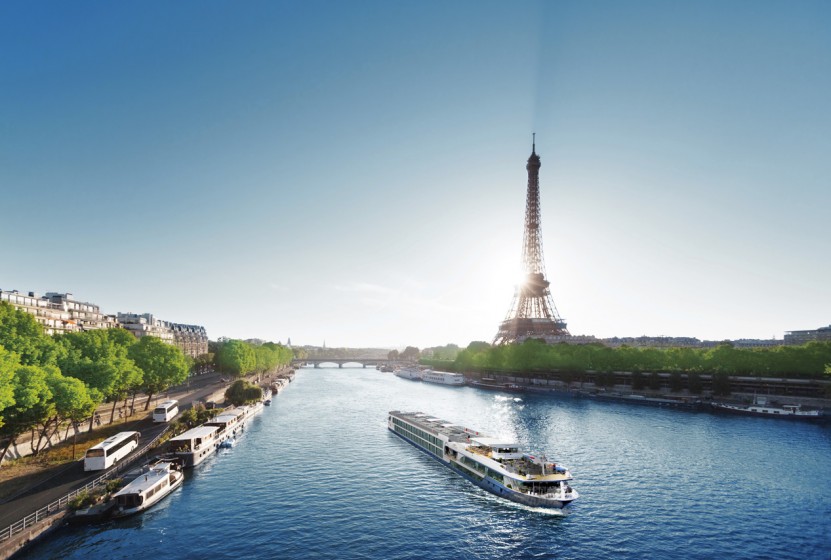 Avalon realised that river cruisers want balconies but don’t  want to give up the interior space to make way for one.  Its 128-passenger ship Tapestry II, launched this year, is different from other European river cruise ships, with wall-to-wall sliding glass doors that open to turn the entire 18.5-square-metre Panorama Suites into open-air balconies.

The unique design  also gives cruisers the option not to do turn them into open-air balconies. Remember, the weather in northern France and other parts of Europe during the shoulder seasons of March and September is often not warm enough to let the outside in – and balconies often sit empty then.

With beds positioned to face the view, the focus is on the passing scenery. And what gloriously idyllic scenery it can be.

Tapestry II sails an eight-day Paris-Paris itinerary along the Seine River, covering charming French village landscapes and landmark destinations. I scrambled to turn on the video function on my phone as we passed centuries-old stone farmhouses and docile cows chowing down on vibrant grass.

We visited Monet’s gardens at Giverny, as well as the historic footsteps of Joan of Arc in Rouen, the capital of Upper Normandy. In Conflans, cruisers have the choice of following the trail of Van Gogh’s last days to Auvers-sur-Oise or marvelling at the lavishly restored luxe of Napoleon and Josephine’s Chateau de Malmaison. 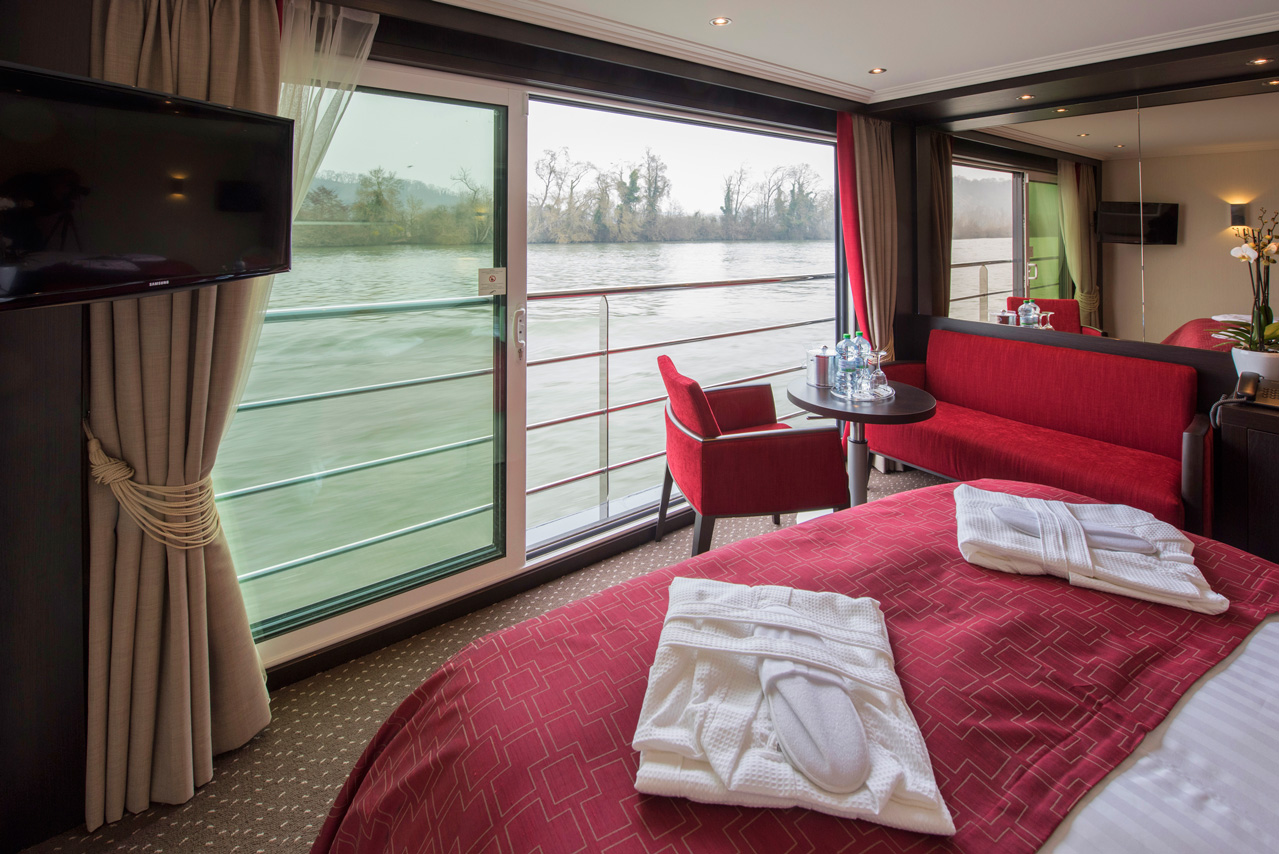 Most suites have floor-to-ceiling windows.

Certainly one of the itinerary’s highlights is the day spent discovering Normandy’s landing beaches. Standing on the windswept sands of Omaha Beach, we listened wide-eyed and rapt as our guide described the events of  June 6, 1944: D-Day, the largest seaborne invasion in history: an unstoppable flotilla of 5000 ships charging towards the Germans who had been occupying Normandy.  At least 10,000 Allied casualties in one day. A battle that would last 80 days, claim 425,000 lives and ultimately give France its freedom. History is very much alive and tangible in this part of the world, with many original beach obstacles and blockades remaining. At Pointe du Hoc we saw bomb craters the size of houses and steep cliffs covered in barbed wire that had once been scaled by soldiers. Many bunkers remain, and visitors are invited to climb inside and imagine the experience of soldiers from both sides of the war.

It’s a long day, leaving by coach from the port of Caudebec early in the morning and returning just in time for dinner, but well worth the effort for the unforgettable insight. As we watched local children playing on the beaches where blood had once spilled, our guide Barbara tells us: “This freedom is what they fought for; I’m very happy to be here and to say thank you to all of you, our allies.”

Avalon handles shore excursions seamlessly.  Multilingual guides, such as Barbara, are carefully selected for their expert local knowledge. The “local favourites” program is a hallmark of the Avalon offering: authentic experiences in each destination that go beyond what is normally available to independent tourists. Forget a standard group outing to the Louvre; on a daytrip to Chateau de Bizy, near Giverny, we were welcomed by the nonagenarian lady of the manor, a descendant of the Bonapartes. In preparation for our day at the Normandy beaches, we were briefed by one of France’s  foremost WWII scholars. 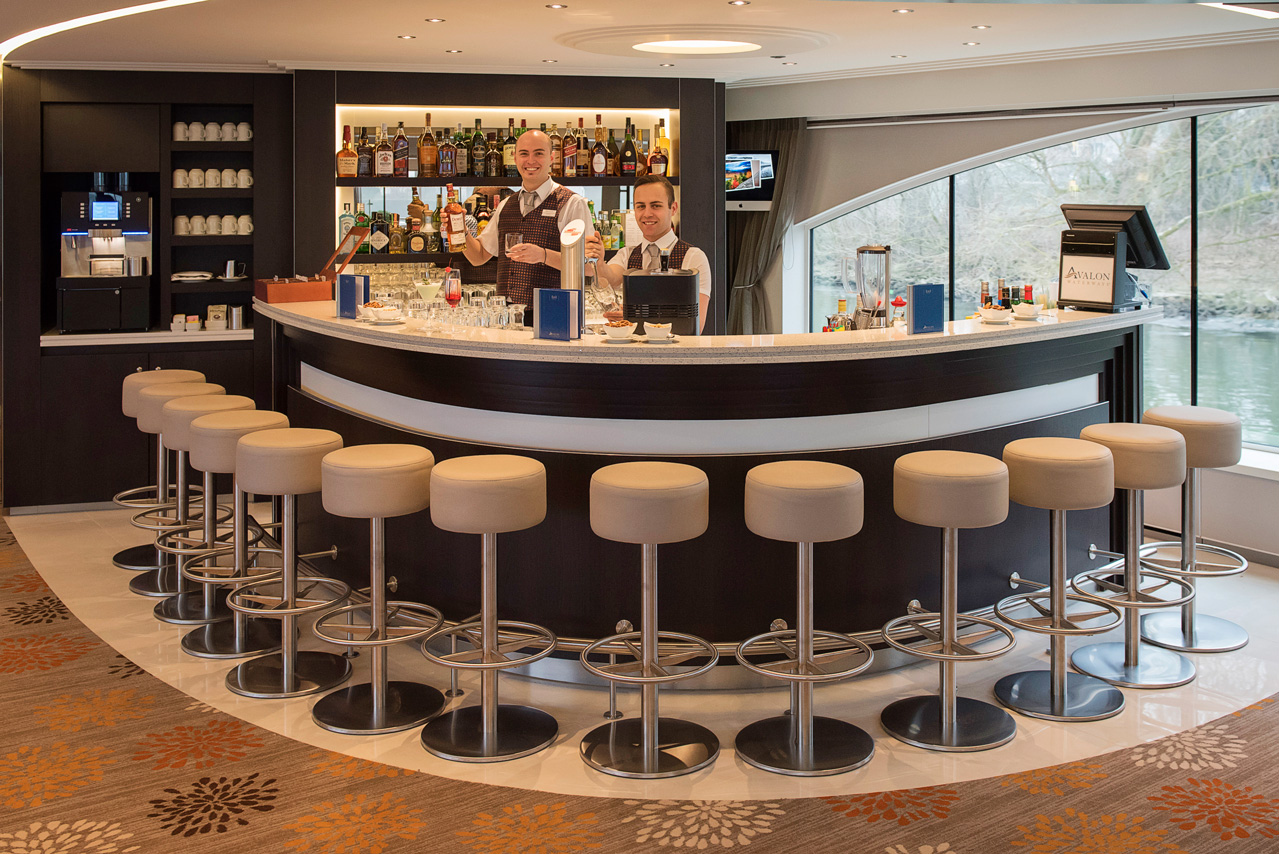 The bar on board.

This was my first taste of river cruising and it won’t be my last. With fewer than 200 passengers, there’s a relaxed ease to getting on and off the ship, a manageable line at the breakfast buffet (and no competition for the Vegemite jar) and never a crowd on the sun deck.

Personalised, attentive service from the cruise director and operations staff make every guest feel like a VIP, while the luxury inclusions of the ship and the spacious cabins are a pleasant indulgence. Meandering along Europe’s waterways, close enough to practically peek into the windows of riverfront homes is a delightful way to enjoy historic villages so far from the reach of  an ocean cruise.