From Amsterdam to Paris On An Avalon Waterways Active... 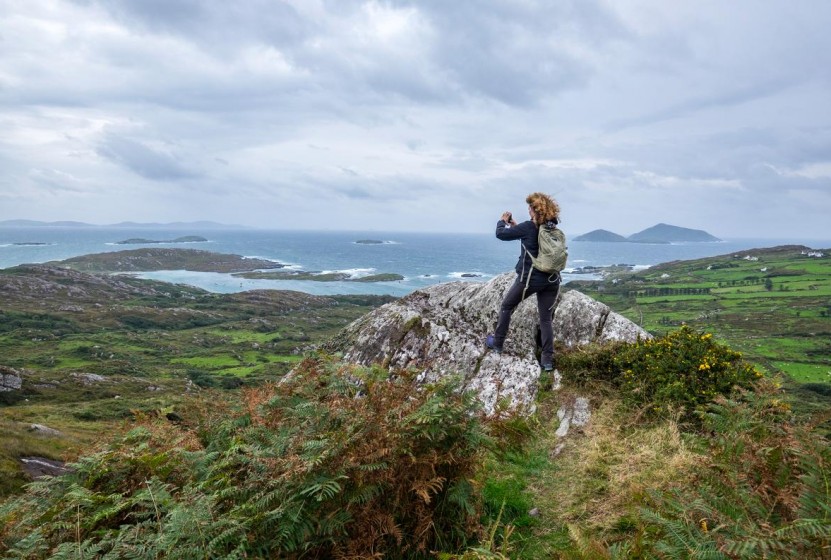 Did you know Avalon waives the single supplement for a select number of departures on each itinerary? Travel solo and save!

Deciding to travel alone can feel intimidating, but here’s what you can learn if you take the chance.

I still marvel I didn’t drop stone-cold dead from embarrassment during my first solo travel experience. As a 20-year-old, I booked a spontaneous trip to Darwin in Australia’s Northern Territory. I didn’t want to go alone, but none of my friends had the time or money to go with me.

Everything went wrong from the start. Poor planning landed me in the only available room in town, a backpacker bunk room occupied by two German men who didn’t speak English. On a guided tour of Kakadu National Park, I fell for every prank my Australian guide pulled. (Eventually he stopped baiting me. My gullibility made it “easier than tackling a turtle,” he said.) And I won’t get into how I won a wet T-shirt contest I never entered, thanks to a bad wardrobe choice.

I am the reigning world heavyweight champion of beating myself up, and each mistake made me more self-conscious. I felt like Nancy No-Mates when I requested a table for one. I was certain everyone was watching me, wondering if I was recently jilted, or simply friendless.

It turned out someone was watching me. During my last solo supper in Australia, a British woman approached me. “I don’t want to interrupt, but I just had to say something,” she said. “I think you’re incredibly brave. I’ve seen you around town this week and you look like you’re having so much fun. I wish I had the courage to travel on my own like you.”

It took a while for her words to sink in, epiphanies being slower than self-recrimination, but during my next 21 years of traveling solo, I heard that same sentiment again and again.

I became a solo traveler out of necessity, rather than choice: As a travel writer I spend a lot of time on my own. Also, as my friends settled into their lives and acquired partners, children, careers, and mortgages, I discovered I had to travel solo if I wanted to travel at all.

I quickly learned to love it. There is a freedom to traveling alone: I am in charge of my own decisions and my own rhythm, and being in charge of my own travel budget has saved a few arguments, too. I’ve learned independence, and I’ve even learned to love loneliness. And I’m not alone: Solo travel is growing in popularity, particularly among women travelers, and it’s getting easier.

So if you haven’t tried traveling by yourself yet, you should. As a little encouragement, here are six things traveling solo has taught me.

1. You Won’t Die of Embarrassment

Fear of what other people think is one of the biggest barriers for potential solo travelers, but here’s the truth: My Darwin disaster became one of my fondest memories—and one of my favorite campfire stories. Darwin taught me that people don’t see me how I see myself. I look at solo travelers with respect, not pity, and that’s how people were looking at me. And if they are entertaining judgmental thoughts, what does it matter? I’ll never see them again. The more time I spent on the road alone, the stronger my self-confidence grew.

You will get lonely traveling by yourself. Anyone who tells you differently is lying. But loneliness gets a bad rap. At the age of 41, I’ve collectively spent more time traveling on my own than with someone. And while some of it’s a drag (like lugging all your gear to the airport bathroom because you have no travel companion to watch it for you), I enjoy the time to myself.

Loneliness untangles and focuses my thoughts, although they always start off muddled. Once or twice I’ve discovered I’m not missing someone I should be, which answered a question I was too scared to ask at home. Loneliness taught me how I like to spend my time. Understanding my own pace, rhythms, and preferences has impacted every corner of my life, including where and how I live. We so rarely have time to be still, to be with ourselves. Traveling solo gives that gift.

It takes practice, being lonely. Here are a few tips that helped me:

3. How to Make Friends

All that being said about loneliness, you will meet people on your journey. Traveling alone forces us outside of our comfort zones, which makes us more receptive to new people and experiences. And solo travelers are less intimidating and more approachable than groups.
On some trips, you’ll have interesting conversations with people you’ll never speak to again, which is fine. Some people can remain fond memories. On other trips, you’ll make friends – like-minded creatures you’ve impatiently been waiting to meet all your life. I’ve made some of my best and longest-lasting friendships on my solo trips. These are people with backgrounds and experiences so different to my own, only travel could have crossed our paths.
Here are a few tips on breaking the ice:

4. What You Want to Be When You Grow Up

More likely than not, traveling solo will help your career. New experiences open doors. You might stumble across a place or activity that changes your entire direction. Or you’ll meet someone you might want to collaborate with in the future. The world’s a small place, and travelers tend to find each other. You have time to get to know yourself, to reflect, to be momentarily free of criticism and competition. Learning to listen to—and trust—my own voice, away from distractions and pressure, bettered my writing.

I was robbed in the Czech Republic, on a day trip from Prague to Brno. Thankfully I still had my passport and my gear was safe in my Prague hotel, but I had been forcibly relieved of my money and phone.

As I perched on a Brno bar stool, sipping water, trying to figure out my next move, three locals approached me and invited me to join their group of friends for a drink. I explained my predicament and they leapt into action, immediately buying me a drink “for courage.” They helped me liaise with local police. They installed me for the night with one of their grandmothers, a wonderful woman who spoke no English and made delicious and dangerous homemade slivovitz, a traditional brandy made from plums. She kept it in an earthen basement well she had dug by hand during World War II. I spent a large part of our evening together climbing up and down the ladder to fetch more liquor, and the rest of it sitting next to her on her worn couch, paging through her photo albums. In the morning, she walked me to the bus station and bought me a ticket back to Prague.

In 21 years of traveling solo, I can count the dodgy experiences on one hand. My travels have taught me the majority of people want to help, rather than harm. But things can happen. Taking a few precautions puts you in a better position to handle a situation if it comes up. Here’s what I do:

My biggest solo trip turned out to be my best one. In 2004, I moved to New Zealand. I didn’t know a single person in the country. And I wouldn’t have been able to do that if I hadn’t traveled solo.

Traveling by myself has taught me things I couldn’t learn anywhere else. I learned how I like to spend my time, self-reliance, and I learned that I could go (just about) anywhere and do (just about) anything. And no one can take that knowledge or independence from me. It’s freedom.

The only way to try traveling solo is to book a ticket. Just go. You’ll be glad you did.

Carrie Miller is a New Zealand-based writer, traveler, and storyteller for National Geographic Traveler magazine and other publications. She loves trying new things, from diving with great white sharks in Australia to riding reindeer in Mongolia.