8 Reasons to Skip Thailand and Head to Myanmar...

The Rhine Is an Unexpected – and Amazing – Cruise Destination 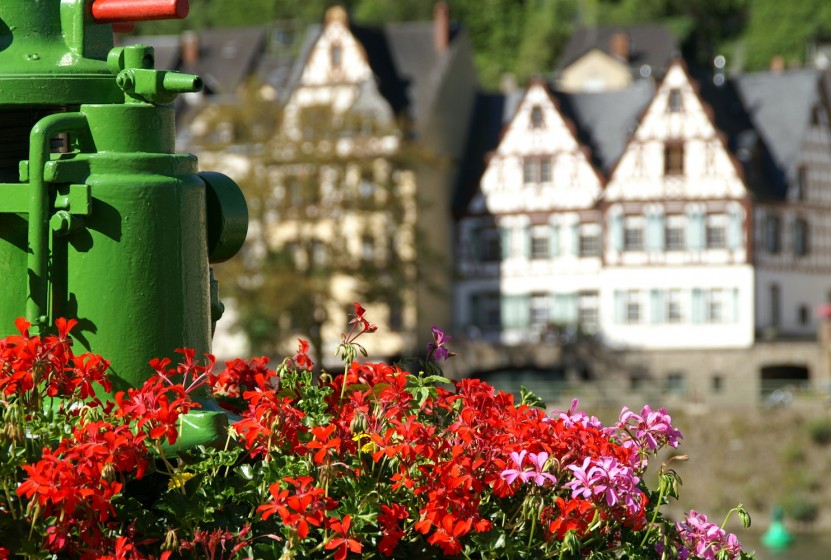 By Paula Froelich | Published on Travelandleisure.com

The Rhine River Is an Unexpected — and Amazing — Cruise Destination

The unexpected pleasures of cruising down the Rhine.

As an active, young(ish), solo female traveler, I’ll admit: Cruises were never high on my list of things to do. In my mind, that form of travel was for families, couples, or elderly people. They also struck me as unduly expensive when traveling alone and, with all the enforced socializing and lack of exercise, downright uncomfortable.

But earlier this year I reread Mark Twain’s classic travelogues, “Innocents Abroad” and “A Tramp Abroad” — and found myself obsessing over the concept of slow travel, boats, and an ethos where the destination is the journey itself. I caught myself lingering on stories about river cruises in Europe, in smaller, chicer vessels than the ocean behemoths.

And then a friend turned me on to Avalon Waterways. A high end river cruising company, Avalon has committed itself to what it calls “active discovery” — where passengers have the option of hiking, biking, canoeing, or running during shore excursions.

Terri Burke, the managing director of Avalon Waterways, sealed the deal when she told me, “our passengers can bike along the Rhine River, take a running tour of Amsterdam or hike on incredible trails wherever we sail.” Bonus for those of us who are directionally challenged: The trips are all guided so it’s near impossible to get lost. However, the company’s ships do have bikes on board for passengers who want to toodle around on their own.

To calm my inner claustrophobe, Avalon’s ships boast the largest suites in the business thanks to the rooms’ unique designs. Sliding glass walls effectively turn the entire room into a balcony, instead of wasting space with a personal indoor/outdoor area.

Even better: In April, Avalon Waterways started waiving the dreaded single supplement on every European cruise and select departures on the Mekong and Irrawaddy Rivers in Southeast Asia, making the trip financially feasible.

So I stopped dithering and signed up for a nine-day cruise down the Rhine and Moselle Rivers on Avalon’s ship, the Visionary. The trip would take me down the ancient water highways through thousands of years of history, down the Rhine Gorge, through the Roman town of Trier, past the legendary Lorelei Rock and into tiny, picturesque towns like Bernkastel, Rudesheim and Engers.

As a noted skeptic, I arrived with little to no expectations (and several passages from David Foster Wallace’s “A Supposedly Fun Thing I’ll Never Do Again” running through my head). I was about to be schooled.

I hit Amsterdam, just as the tulips were blooming. In honor of this, I opted out of a cycling trip around the Dutch countryside to saturate myself in color at the famed Keukenhof Gardens.

Located on 15th-century hunting grounds, approximately 7 million tulips, hyacinths, daffodils lilies, bluebells and other bulbed flowers are planted annually at Keukenhof, over an expanse of 79 acres. Initially used as a way for Dutch flower growers to showcase their wares and help show off and sell their hybrid blossoms, the gardens are an all encompassing visual and aromatic odyssey.

Keukenhof is known as the garden of Europe, with 7 million flowers over almost 80 acres. Getty Images

That evening, as I dreamed in full color, the ship navigated through the Dutch canals and started its odyssey down the Rhine.

I woke in Cologne, also referred to (semi-ironically) as “Germany’s Fun Town” by travelers. I chose to forgo partying and joined cruise’s Jewish historical walking tour, wanting to see firsthand the history I’d learned so many years ago. We went inside the former Gestapo headquarters and the town’s former Jewish areas: Of the town’s 19,500 Jews, only 8,000 survived and, according to a 1949 census, only 100 returned. In contrast, that evening I explored the Cologne Cathedral, an architectural masterpiece that hails from the 13th century, where the Nazi party members had gone to absolve themselves of their weekly crimes.

But, perhaps in actual atonement, because Cologne has accepted a multitude of war refugees, it is also now one of the most multi-cultural cities I visited on this trip.

Cologne on the Rhine. Getty Images

Back on the river, my fellow travelers and I were in luck. Although spring in the Rhine Valley can be tricky, the weather cleared the next day for the trip through the famous Rhine Gorge, a UNESCO World Heritage Site. As we sat bundled in blankets and sipping hot chocolate, the boat sailed down the river past castles looming high above the banks, we listened to a lecture on the region’s history, stories from the towns, and interesting local tidbits from Jerome, the ship’s concierge.

We docked in Rudesheim, a quintessential example of a Rhine Valley wine town that looks like it was built by Disney engineers. I escaped the tourist throngs milling about in the historic town by taking the open-air cable car to the top of the cliff looming over the town to catch the panoramic view of the famous Bend in the Rhine.

Hiking down through the vineyards, I stopped at a few wine bars along the way and eventually ambled back to the boat in time for dinner.

A vineyard looking down on Rudesheim, next to the Rhine. Matteo Colombo/Getty Images

That evening the boat stopped in Engers for a classical music concert inside the town’s refurbished palace. It was method travel at its best and a wonderful way to say goodbye to the Rhine as we turned down the Moselle River for the rest of the trip to take advantage of the tranquil and less traveled Moselle Valley.

For the next few days, we stopped at one picturesque, charming town after another — all with their own unique history and characteristics. I gave my liver a workout at the Bernkastel Wine Museum which features a massive wine tasting room in which you can try over 150 varieties of wine grown along the Moselle. Not wanting to leave any grower’s efforts out in the cold I did my best to leave no sample untested (and was off the sauce for a good three days afterwards).

I wandered through the crooked streets of Cochem to the town’s refurbished castle built in 1000 AD. The castle has an original mural of St. Christopher on the outer wall of the main turret, the major portions of which survived Napolean’s bombardment (twice). It was bought in the 1800s by a wealthy businessman Louis Ravené, who incorporated the original Gothic ruins of the castle into a grand new structure for his beloved and much younger wife (who promptly left him for the building’s architect a year before the grand home was finished).

The Revené heirs stayed in the castle until WWII, when it was appropriated by the Nazis as a “training center for justice.” (Read: a really, nice retreat for high-ranking officers.) Today it can be rented out for weddings and grand parties — where guests can mingle in the courtyards, make a wish under the legendary Mermaid Chandelier, and play princess for an evening.

By this time, I was getting inundated with voice mails from my Aunt Dee, Uncle Jim, and Dad, who had all been following my Instagram posts of the trip — and were furious I hadn’t thought to include them.

“You know I’ve never been to Germany, Paully,” Aunt Dee said. “And I just can’t believe you didn’t tell us you were going! I’ve always wanted to do that.”

The trip ended after a stop in Luxembourg and as I was on a high speed train to Paris, I realized I had been nervous about river cruising for naught. It was a remarkably civilized and relaxed way to travel; I’d dipped my toe in history, hiked and biked my way through vineyards and small gorgeous towns, and experienced the area the way travelers have for thousands of years: from the deck of a boat.

It was a supposedly fun thing that I am actually doing again. I’ve already booked another trip, this time with my family down the Danube, for September. At Aunt Dee’s request.