The Joys of Teaching in a Cambodian Village 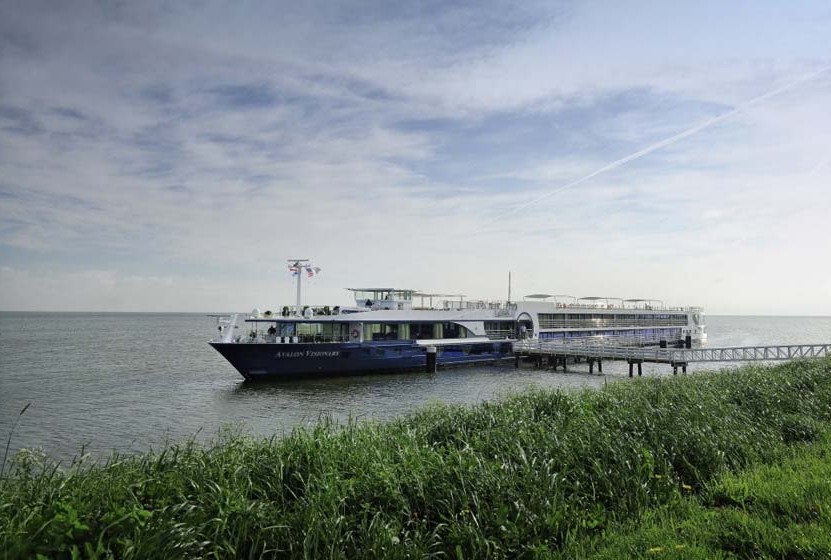 By Jason Leppert | Published on TravelPulse.com

Currently enjoying Avalon Waterways on its 12-day Central European Experience has already been a revelation.

The start of eight days aboard the beautiful Avalon Visionary bookended with two-day land extensions in Paris and Prague is proving quite delightful.

Remarkably, our friendly cruise director, Isabel, has been with us from day one. Rather than being assigned to specific ships wherein shoreside guides may differ from onboard ones, Avalon’s tour leaders are tied to entire itineraries.

That means guests can appreciate the utmost in consistency from land to river and back again.

Such an itinerary provides travelers the best of both worlds. A week of river cruising, sans repeated packing and unpacking, combined with overnight hotel stays in two signature destinations is sublime. Even the transportation from Paris to Luxembourg via high-speed train is an international traveler’s rite of passage.

Once onboard the Avalon Visionary, the ship itself begins to shine.

Panorama Suites should really be named staterooms given their size and singular bedrooms. Misnomer notwithstanding, the median cabins are exceptionally configured.

Pointing beds towards the floor-to-ceiling windows is a wonderful touch, especially since they open up to become a French balcony. That there’s still remaining room for a sofa, chair, table and another desk and chair is impressive.

The bathrooms are particularly excellent.

Showers are spacious with plenty of elbow room, and there is ample area outside to dry off without dancing around the toilet. I would go so far as to say it’s the best layout I’ve ever seen on a riverboat. The granite appointments and premium wick air freshener are also great additions.

The only significant misstep thus far has been in the dining room when wanting to forego a soup course in favor of two appetizers instead. Our waiter hesitated and said that couldn’t be accommodated, requiring that we stick rigidly to the program.

Only afterward did the maitre d’ inform us otherwise that it was indeed possible to have it the way we desired—much more in keeping with cruising’s known freedoms.

Nonetheless, trying a soup that I would not have originally ordered gave me a taste for Avalon’s delicious varieties that have since become a favorite onboard. Overall, the food has featured fine flavor profiles with a decent selection, including occasional regional dishes. (Although, more in the way of German sausages at lunchtime, for instance, would be preferred.)

We have not yet been treated to the ship’s al fresco Sky Bistro. However, the alternative tapas-style tasting menu in the Panorama Bistro was a nice change of pace, offering a greater view during dinner service at the observation lounge.

In fact, said lounge is also more panoramic than most. Mostly uninterrupted glass panels stretch the length of the venue’s sides and front with pillars drawn farther to the inside. There are no structural members to vertically divide the glass like on many other riverboats.

What’s more, the Club Lounge over the stern acts as a secondary rear-facing observation venue for a different perspective. Other public spaces include a fitness center and a hair salon, both of which seem to be underutilized. Meanwhile, those looking to take a dip can do so in the whirlpool up on the Sky Deck.

All in all, the Avalon Visionary is exceeding expectations, even in the arena of entertainment.

River cruising usually doesn’t boast the best in the way of guest musicians, but the ones highlighted onboard are actually quite good by comparison.