An Intimate Cruise Ship with Big Luxury and Charm 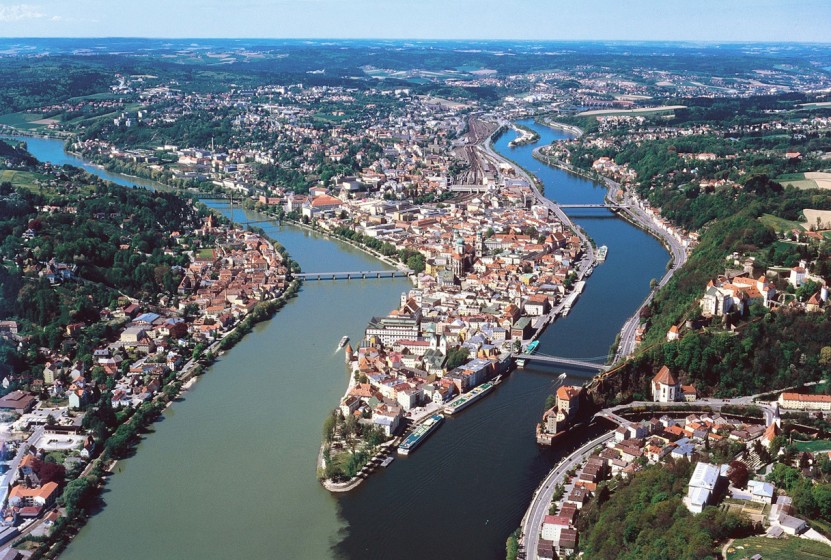 River cruises tourism model has gotten rid of the two misconceptions that stained its image: first, it has nothing to do with maritime cruises; and second, it is not only for people over 50 years old, to the point that today it attracts families, couples and young tourists.

How are river and maritime cruises similar? For many tourism industry experts, there is only one similarity between the two: both go sailing on water. In fact, there are more differences than the things in common. River cruises focus on showcasing the destination, while maritime is the destination itself.

The size of the vessels also plays an important role. A maritime cruise has a capacity of over a thousand people, while river cruise does not usually exceed 200 passengers.

Carlos Ruiz, assistant to the General Management of Argentinian Politours, compares this type of ships to “boutique hotels”, and emphasizes the tranquility that is provided to passengers not having to change accommodation each time they visit a city. As a matter of fact, culture is the ‘leitmotiv’ of river cruising. The ships dock right in the center of the cities, and passengers disembark in an orderly manner to start exploring destinations that have a significant importance. As an opposite, maritime cruise is 90% fun and entertainment on board, and 10% cultural. In recent years, the Cruising Lines International Association (CLIA) has registered an exponential growth in river cruises among companies that are part of their organization.

In this sense, back in 2015, the association included 169 river cruise ships in Europe. In 2016, the figure amounted to 184, and by 2017, it had exceeded 200. Most companies offer cruises on the Danube and the Rhine, with scheduled stops to cities such as Vienna, Budapest or Amsterdam. This growth of both vessels and tours could suggest that in the future, river cruises will saturate some of the main European capitals with tourists.

Another positive side of river cruise is the profile of the tourist, which corresponds to the type of visitors the cities are looking for. According to many experts, river cruises are considered a non-invasive type of tourism, with a small number of passengers that cities welcome very well.

What kind of customer are destinations looking for? Traditionally, river cruises have been linked to people over 60, with a medium-high purchasing power. However, that cliché has been changing for years, especially because of the great variety of products that river cruise operators offer today. What’s clear about the profile of the river cruise tourist is that it has a medium-high socio-cultural and purchasing power. Among its interests, we find gastronomy, classical music or art, or simply put, the kind of tourist that cities prefer. Also, the modern river cruise tourist is ready to spend some money.

Aside the two most classic destinations – the Danube and the Rhine– cruise operators are starting to launch itineraries on other rivers, both in Europe and the rest of the world. For example, cruise travel from Moscow to St. Petersburg have become increasingly popular. Also, in Russia, expedition to Baikal, the largest freshwater lake in Europe, located in Siberia becomes a hit. Africa and Asia are becoming critical destinations for this segment. For example, a safari in Africa, on river and land, aimed at a very adventurous customer is growing in popularity. Also, the Mekong River cruises, which sail through Vietnam and Cambodia sell well.

The possibilities are endless. Experts forecast a bright future of river cruise industry. Some predicted, that in the upcoming years, the ships will be themed.

It seems that in near future travel agencies will continue to play a fundamental role in the sale of river cruises, as is now. For many river cruise providers travel agencies represent 100% of the reservations. Quite importantly the river cruise ten years ago was an unknown product, and nowadays all retailers are aware of this sort of vacation.

Not only that, but the segment has changed its course. River cruise tourists have managed to get rid of the ‘stigma’ that defined the segment as a product for people over 50, and introduced a rejuvenated aspect that makes it attractive for other, more diverse profiles, while still holding great value for the market: a purchasing power and socio-cultural level sought by destinations whose ports are home to these small vessels.

The Rhine River cuts Basel in half; into Grossbase

Being a predominantly Buddhist country, you'll be

With a mix of ancient ruins and modern architectur

Karlskirche, or Saint Charles Church, is not to be

Welcome to Bucharest, fondly known as the "Paris o

Passau is well-known for sitting on the cusp of th

These charming houses sitting pretty on the river

Did you know that Zagreb is one of the few Europea

Hanoi's Train Street is a narrow alleyway in the O

The Great Market Hall was the idea of the first Ma

Sometimes you just can't beat a walking tour when

Our signature 'A' sprinkled on a dessert platter -

Easter-time signals the beginning of spring, and t

Fancy yourself a bit of a foodie, or maybe you wan

You can't not visit the Alsace region of France, a

Bucharest's Old Town is abuzz with delights around

Vienna's architecture is second to none. The city'

These eye-catching fabrics are found in Vietnam, r