THE OCEAN CLEANUP UNVEILS PLAN TO ADDRESS THE MAIN... 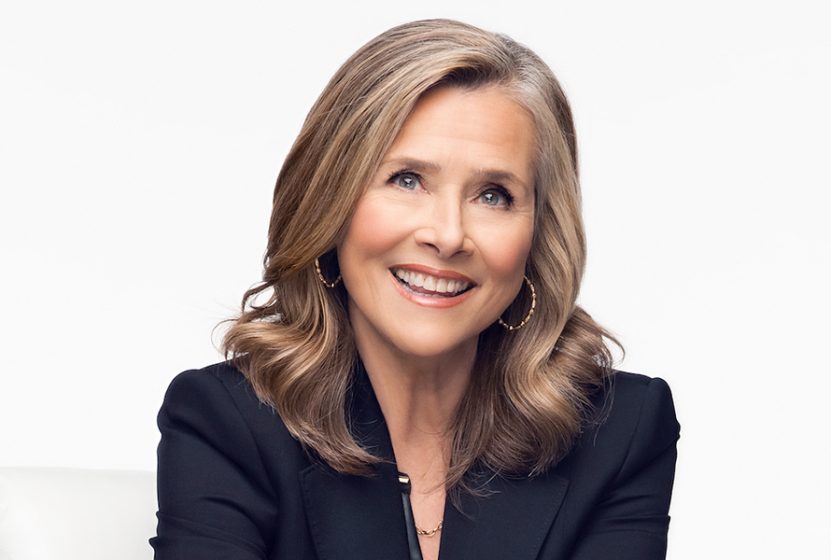 Of her godmother duties, Meredith Vieira said, “I am extremely honored to be godmother to this beautiful ship! What a relaxing and magical way to travel through Europe. So come on board, raise a glass of bubbly, and, as I like to say, Take a little time to enjoy the VIEW!” 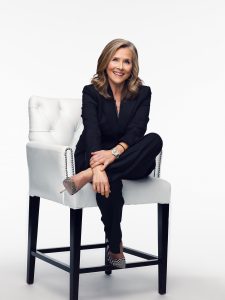 Vieira will christen the Avalon View in an international ceremony that will take place on April 6 in Ybbs, Austria.

“In our search for the perfect godmother for the Avalon View, we were inspired by Meredith Vieira,” said Pam Hoffee, managing director of Avalon Waterways. “As a difference-making broadcast journalist, executive producer and television host, she has given us a unique, up-close-and-personal view into her life – and the lives of countless others – with unparalleled storytelling, compassionate interviews and an extraordinary ability to connect with those she meets. We could not be happier to celebrate Meredith, and her many accomplishments, when she honors us as godmother, christening the Avalon View.”

After the christening ceremony, the 443-foot, 166-passenger Avalon View will join Avalon’s Suite Ship fleet to sail the Danube River in 2020.

“Travelers wanting to see the world need only cruise down its legendary rivers. For those interested in seeing more of the world, there’s Avalon Waterways,” said Hoffee. “The Avalon View, and all of our Suite Ships, feature one-of-a-kind Panorama Suites with the widest-opening windows in river cruising, the industry’s only Open-Air Balcony and beds facing the ever-changing scenery on two full decks of every ship”

Creating the widest waterfront view of the world, Avalon Waterways’ Open-Air Balconies were designed with views in mind. A Panorama Suite highlight on all of the Suite Ships of Avalon, these wall-to-wall, floor-to-ceiling windows open 11-feet wide in Europe and 14-feet wide in Southeast Asia … Wider than any other balconies in the industry. They blur the line between outside and in while forming a comfortable and spacious seating area without compromising room space. As a result, Avalon guests can enjoy 100 percent of their Panorama Suite, 100 percent of the time.

“Beyond Avalon’s wall-to-wall, floor-to-ceiling windows is a world waiting to be explored,” added Hoffee. “Whether travelers want to enjoy a guided walking tour of one of Europe’s great cities, join a cooking class or paddle a canoe, our Avalon Choice selections of Classic, Discovery and Active excursions offer a wide range of possibilities, inviting our guests to customize their vacation each and every day.”

ABOUT MEREDITH VIEIRA
Meredith Vieira is a 15-time Emmy Award-winning host, executive producer and anchor.  She currently hosts the Fox-syndicated game show 25 Words or Less, which premiered in September 2019.

In 2018, Meredith served as co-host of PBS and BBC’s Royal Wedding Watch and as host of the PBS series The Great American Read.  She served as executive producer on the award-winning documentary TOWER, released in October 2016. Vieira hosted and served as executive producer on her own nationally syndicated daytime talk show, titled The Meredith Vieira Show, which premiered in September 2014 and ran for two seasons.  Previously, she received critical acclaim for her hosting of Who Wants to Be a Millionaire, The Today Show, and The View.  As host of Millionaire, Vieira became the longest-standing female game show host in history.  She is also a member of an elite group to have anchored or hosted programs on 5 broadcast networks. Early in her career, Vieira spent more than a decade at CBS News, garnering five Emmy Awards for her work as an editor on the news magazines 60 Minutes and West 57th.  Vieira founded and is CEO of Meredith Vieira Productions, which develops and produces film, television, and theatre.

A native of Providence, R.I., Vieira received a Bachelor of Arts degree from Tufts University in Medford, Mass.  She has three children, Ben, Gabe, and Lily, with her husband, best-selling author and journalist Richard Cohen.

ABOUT AVALON WATERWAYS
Travelers wanting to see the world need only cruise down its legendary rivers. For those interested in seeing more of the world, there’s Avalon Waterways®. Our entire fleet of Suite Ships® proudly present Avalon Waterways’ unique Open-Air BalconySM—cruising’s only bed with a view, more space and 24/7 access to open-air cruising. When travelers pair panoramic scenes with the widest-ranging excursion choices in river cruising, they’re in for an experience as wide open as the view.

On an Avalon cruise, schedules give way to whims, leaving travelers the freedom to do exactly as they please, when they please. Whether enjoying a guided walking tour of one of Europe’s great cities, joining a cooking class or paddling a canoe, our Avalon Choice® selections of Classic, Discovery and Active excursions offer a wide range of possibilities. When travelers prefer to explore on their own, Avalon helps with recommendations, information and the gear they need, thanks to Adventure Hosts, an Adventure Center and AvalonGO mobile app. And when it’s time to refuel, Avalon’s FlexDining® program gives guests the choices they crave.

When travelers sail the world with Avalon Waterways, every day is an adventure and every adventure is up to our guests. For more information, visit www.avalonwaterways.com; travel agents can visit www.globusfamilypartner.com. Avalon Waterways is a proud supporter of The Ocean Cleanup.

Warning: preg_replace(): The /e modifier is no longer supported, use preg_replace_callback instead in /home/customer/www/blog.avalonwaterways.com/public_html/wp-content/themes/outdoor/functions/widgets/widget-twitter.php on line 186