Not Your Average River Cruise: What Makes Avalon Waterways...

Why I loved Avalon Waterways excursions 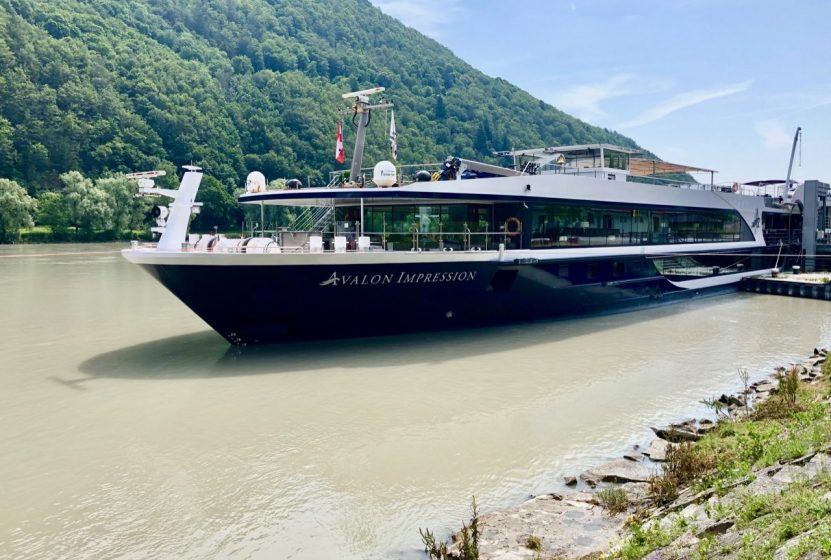 By: Keith Jenkins / Reposted from www.velvetescape.com

Avalon Waterways is a river cruise company with a fleet of ‘Suite Ships’ that ply the major rivers in Europe and Asia. Not a fan of (ocean) cruises, I went on my first river cruise several years ago and I was hooked! Recently, I was introduced to Avalon Waterways and I joined their Active & Discovery Danube river cruise from Budapest (Hungary) to Linz (Austria). I was really impressed by the suites, with their panoramic windows, and the excellent service but one thing that quickly stood out was the sheer number and variety of excursions.

Why I loved the Avalon Waterways excursions

On any given day during the cruise, there were so many excursions to choose from, and the best part is, on Avalon cruises, almost all the excursions are included! There was literally something for everyone – whether you’re interested in nature, culture, history or food – which often made it difficult to choose. What I also appreciated was the fact that the excursions weren’t particularly ‘mainstream’, which other cruise companies tend to offer. In the touristic cities like Budapest and Vienna, we were given the opportunity to visit the main sights but we were also treated to alternative perspectives, such as a Budapest Retro Tour in a Trabant car and a schnitzel cooking course in Vienna. Outside the big cities, we stopped at lesser-known places where we were often the only ship moored. In Upper Austria, instead of visiting the immensely popular Melk Abbey, we visited the St. Florian Monastery, which is just as, if not more, impressive but a lot quieter.

Read about my experiences on the Avalon Waterways Active & Discovery Danube River cruise.

My favourite Avalon Waterways excursions on the Danube River cruise

There were many excursions to choose from during the cruise, and since this was an Active & Discovery cruise, there were many active options such as jogging, hiking, canoeing and biking excursions. I had pre-registered for several hiking excursions but switched to less active excursions at the last minute due to the searing heat in Europe that week. As a consequence, my cruise experience was more ‘Discovery’ than ‘Active’ (haha!) but no less fun and interesting. These were some of my favourite Avalon Waterways excursions on the Danube River Active & Discovery cruise:

I’m a history buff so this tour was right up my alley! It was actually a pretty nostalgic tour for me as it brought back memories of my first visit to eastern Germany in the early-1990’s (after the fall of the Berlin Wall). We were transported around Budapest in old Trabant cars while the guide told stories of life during the Soviet occupation, and we visited places which still have the atmosphere of the 1960’s and 1970’s. It was certainly an adventure touring Budapest in these rickety, rather toy-like cars. Haha!

I’m starting to think I’m a closet fan of medieval events. I love medieval towns but I cringe every time I hear the word in combination with an event. I’ve been dragged to a medieval tour of a castle and even dressed up to attend a medieval night, and each time I had the time of my life! The same thing happened in Visegrád, our first stop after departing Budapest. I was hesitant at first but soon warmed up (with a glass of Hungarian schnapps) at Visegrád Castle. We climbed up the castle tower to the roof, where we had a stunning view of the Danube River below!

The medieval knights tournament turned out to be a fun, colourful event, expertly re-enacted by a group of hobbyists. What I loved about it was that the group of guys didn’t take things too seriously, making it a hilarious show at times.

I love cooking courses and this was one of my favourites. We went on the Vienna Insiders excursion, visiting lesser-known parts of Vienna and we ended the walking tour at Andante, a Viennese cooking school. We were welcomed with prosecco before being presented with aprons. Everyone was soon having a blast kneading the dough and following the actions of the cooking instructor. The instructor made everyone feel like heroes as he taught us complex folding methods. Haha!

Avalon Waterways offered another cooking course at Andante the next day, this time to make schnitzel and kaiserschmarrn, a typical Austrian dessert. I opted to stroll around Vienna on my own but when I returned to the ship and heard all the hilarious stories from those who went, I felt pretty bummed!

VIP tour of the Fine Arts Museum in Vienna

This Avalon Waterways excursion was one of the highlights of my Danube River cruise. I’d been to Vienna numerous times before but not once did it occur to me to visit the Museum of Fine Arts. I’m glad my first time was on a VIP tour with Avalon Waterways as we had the entire museum to ourselves! The interior of the museum itself is a sight to behold. The gasps were audible as we entered the grand foyer with its breathtaking grand staircase and frescoes.

This was a lovely wine-tasting tour in the Wachau Valley. We were bused to the Winzer Krems winery where we first visited the vineyards. We then entered the main building and visited the historic cellars amidst a light and sound show. This was followed by a terrific wine-tasting with a view of the modern cellars. The best was yet to come: a terrific 4D show which told the year-round story of the vines in the Wachau Valley. Sporting 3D glasses, we watched as it snowed around us during the winter scenes, we smelled the scent of fresh apricots in the spring, and felt the autumn wind in our face. It was a brilliant documentary and quite extraordinary for a winery to produce.

I’d not heard of the St. Florian Monastery before my visit but I was quite literally blown away by how impressive it is. If you’re a fan of Baroque architecture, then you should definitely add this monastery to your bucket list! The library and Imperial Marble Hall were absolutely breathtaking! To top off this incredible excursion, we were treated to a private organ concert in the magnificent basilica! Read about my visit to the Saint Florian Monastery.

The Engelszell Abbey is the only Trappist monastery in Austria and is located in the picturesque village of Engelhartszell an der Donau, on the banks of the Danube River. We were the only ship moored at the village and from the promenade, it was a short walk to this 13th century monastery. Our guide showed us the monastery’s beautiful gardens and aquarium before continuing to the 18th century Rococo-style church. I loved the guide’s commentary about the history of the abbey and the monks who lived there. The ceiling frescoes in the church were particularly interesting – after suffering damage in the 1950’s, the ceiling was decorated with contemporary frescoes by Fritz Fröhlich, a local artist. The excursion concluded with a Trappist beer and cheese tasting, both of which are produced by the monastery. It was a fun and memorable afternoon which everyone enjoyed immensely.

Note: this post is a result of the #AvalonAD project, a collaboration between iambassador and Avalon Waterways. However, all views expressed above are mine, and mine only.