Why I Got On Board With River Cruising 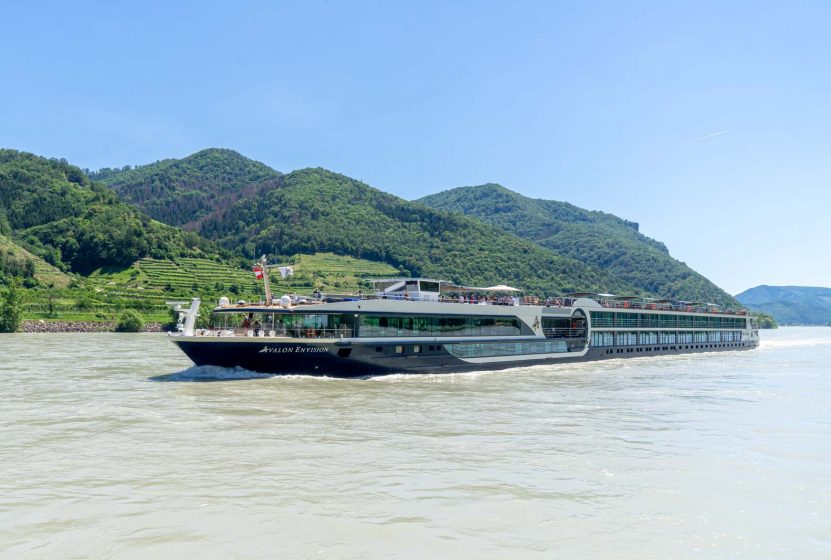 By: Elissa Garay / Reposted from: www.cntraveler.com

Looking to get your feet wet in the wide world of cruising? With an overwhelming number of itineraries spanning the seven seas—on ships of all shapes and sizes—it can be tough to find your niche for a first-time cruise. Keep the high seas low stress by sticking to one of these rookie-ready itineraries that are sure to please anyone in search of their nautical stripes. Whether it’s gliding along European waterways on a sleek riverboat or a quick jaunt to the Bahamas on a tricked-out mega-ship, when setting out on these voyages, you can be sure that your first cruise won’t be your last.

1. “A Taste of the Danube” River Cruise on Avalon Waterways

European rivers are the perfect place to the test the waters for would-be cruisers, thanks to calm waterways (no bouts of seasickness to contend with here), intimate ships (rarely carrying more than 200 passengers), and port-intensive itineraries that showcase the best of Europe’s cultural and historical attractions. While most river voyages run a week or longer in duration, Swiss company Avalon Waterways caters to first-timers with its series of “Short & Suite” three- to five-night itineraries, perfect for those tight on time, budget, and/or tolerance. Their three-night “A Taste of the Danube” offering sails between cultural heavyweights at Budapest and Vienna, stopping for excursions in Slovakia (at Bratislava) and Austria (at Melk and Dürnstein) en route—where you might tour Melk’s 11th century Benedictine Abbey or bike through the vineyards of Austria’s Wachau Valley. Sailings in 2020 embark aboard a quartet of the line’s sleek, 128- to 166-passenger “Suite Ships,” known for their signature spacious cabins that convert to open-air balconies via floor-to-ceiling, sliding-glass doors—with beds positioned to face the passing landscapes. Sailings in May, July, and September–November 2020; rates from $810 per person; avalonwaterways.com

The bigger-is-better crowd won’t be disappointed with a Royal Caribbean sailing, the ultimate mega-ship line (its 26-ship fleet claims the world’s four largest cruise ships, carrying more than 6,500 passengers apiece), known for its multigenerational appeal and slate of whiz-bang features. Give ’em a whirl aboard a beachy Bahamas sampler sailing, with quickie three- and four-night voyages scheduled year-round aboard the 3,386-passenger Navigator of the Seas from Miami and 3,344-passenger Mariner of the Seas from Orlando (via Port Canaveral). Both runs incorporate a stop at the Bahamian capital at Nassau, gateway to attractions like the Atlantis, Paradise Island resort and the turquoise waters of Cable Beach, as well as at the line’s recently revamped private island experience Perfect Day at CocoCay, home to North America’s highest waterslide and the Caribbean’s biggest freshwater pool. Onboard, you’ll be spoiled for choice of amenities, with dining, entertainment, nightlife, and pools aplenty, and diversions that span surf simulators, escape rooms, waterslides, glow-in-the-dark laser tag, and more. Sailings embark year-round; rates from $177 per person; royalcaribbean.com

3. Classic Med Sampler on a Tall Sailing Ship with Windstar

There’s a reason sailors have been plying the Mediterranean for millennia—there are incredible places to see and near-perfect at-sea conditions in which to get there. Today, the trade and conquering mindset of yore may not factor in, but idyllic ports and a touch of romance are just as motivating, especially when swooping in below the billowing white sails of Windstar’s intimate, 342-passenger Wind Surf. The line runs a standout port-intensive itinerary between two of the region’s blockbuster cities—Barcelona and Rome—with a dreamy mix of yacht- and culture-flooded ports in the French and Italian Rivieras wedged in between, including Palamos, Sanary-sur-Mer, Monte Carlo, Cannes, Portofino, and Portoferraio. Bonus: The ship, which is known on the culinary front for menus that feature creations by James Beard-associated chefs, as well as its retractable water sports platform, is in the midst of a facelift this fall, and will emerge in November with upgrades like a brand-new spa and wellness center. Sailings from April through September; rates from $2,699 per person; windstarcruises.com

4. Alaska Sailing with the Experts on Princess Cruises

With its rugged snowcapped mountains and calving glaciers backdrop, met by waters teeming with spectacular marine wildlife (where whales and orcas abound), Alaskan waters are tailor-made to cruising. Discover “the Last Frontier” in expert hands with Princess Cruises, which has been voyaging to Alaska for more than 50 years. The line offers the most robust cruising calendar in the region (with eight ships positioned here for the 2020 sailing season), plus its own railway car and five wilderness lodges on shore, primed for its customized land-and-sea “cruisetour” vacations. Their weeklong cruise-only itinerary aboard Princess’s 3,560-passenger Royal Princess affords an excellent entrée to the best of Alaska, sailing between Anchorage and Vancouver, and visiting Skagway, Juneau, and Ketchikan in between, along with a day of scenic cruising in Glacier Bay National Park. On board, enjoy Princess’s Alaskan signatures like “Cook My Catch,” where guests can have the fresh-caught bounty from their salmon and halibut fishing excursions prepped to their liking, or “Puppies in the Piazza,” featuring onboard meet-and-greets with Alaskan sled dogs. In port, other exciting excursions include a Discovery-branded “Deadliest Catch” crabbing boat ride off the coast of Ketchikan. Sailings from May through September; rates from $669 per person; princess.com

5. Yachting the Caribbean on Seabourn

It’s little wonder that the Caribbean is the most popular cruising destination in the world. Tropical temps (a special lure come wintertime), gorgeous beaches, and a laid-back lifestyle put forth a winsome combination, while the region’s multi-island geography is conveniently explored aboard a floating home base. Get there in style with the upscale mega-yachts of Seabourn: Both their 458-passenger Seabourn Odyssey and Seabourn Sojourn winter in the region, offering a range of 7-night-plus itineraries. The shorter weeklong voyages, which start and end within the Caribbean, sailing between Philipsburg, Saint Maarten, and Bridgetown, Barbados, rotate featured ports, where excursions might include chef-led outings in local markets, tours of UNESCO sites (the line is the official cruise partner of UNESCO World Heritage), or beach BBQs, complete with grilled lobster—as well as caviar, delivered by Seabourn waiters right into the surf. Onboard, expect menus backed by top chef Thomas Keller (paired with included-in-the-rates wines and spirits), a significant spa space and wellness programming, and a plush, all-suite configuration. Sailings from November through March; rates from $2,699 per person; seabourn.com

For some first-timers, the best way to enjoy cruising is to dive right in, and see—contrary to a popularly held misconception about the perceived superficiality of sailing—just how comprehensive a cruise vacation can be. Baltic-rooted and destination-focused Viking is most at home in Scandinavia, where its 14-night “Viking Homelands” voyage, aboard a quartet of sister ships (the 930-guest Viking Star, Viking Sky, Viking Sun, and Viking Jupiter, in 2020), delivers a well-rounded and immersive introduction to Scandinavia and its diverse, yet interconnected, Baltic Sea ports. On the eight-country itinerary between Stockholm and Bergen, Norway—where the ship overnights in each bookended port—port calls include Helsinki; Tallinn, Estonia; Gdańsk, Poland; Berlin; Copenhagen; and Alborg, Denmark; as well as an overnight in St. Petersburg, Russia. Plus, some scenic sailing through Norwegian fjords, along with a couple of off-the-path Norwegian stops, for good measure. (Bonus: you’ll get an included-in-the-rates excursion in each and every port). Back on the ship, luxuriate with complimentary perks like high-tea service, access to the LivNordic Spa’s Thermal Suite (complete with a mineral pool, dry/wet saunas, and snow grotto), and regionally inspired cuisine. Sailings from April through September; rates from $5,799 per person; vikingcruises.com